From the Upper Deck

Living in London, the proportion of one's life spent staring at people from the top of a double decker bus must be well above the world wide average. It is a unique sensation, as if looking down on people through a microscope, one feels a sense of remove from them, as if they were on television.
In 2005 the photographer Przemek Wajerowicz began a project in which he would build up a collection of photographs taken from the top deck of every double decker bus route in London.

162 routes, and 8 years later Wajerowicz has still got plenty more to do. But this bus spotter's wet dream is really the side show to the actual content of the photographs: they are quietly spectacular.
A teenage couple, snuck between two bins, sharing a secret joke, the girl pulling gently on the toggles of his hoodie; an elderly man tending to his garden with loving precision; a kid crossing the street on a bmx, reaper's scythe casually held in hand. It is the strange and the mundane, it is human life in a Petri dish.

From the Upper Deck is a postcard book assembling 16 of the very best photographs from the project. It costs just £5 and is available in the Bookartbookshop now. 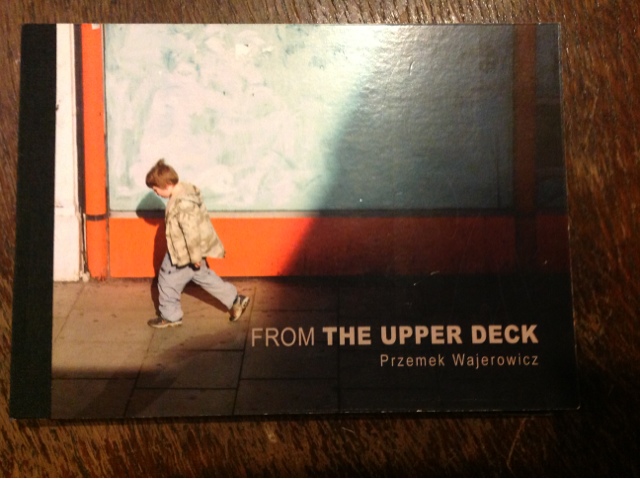