We recently restocked this pop-up book classic by Sam Ita. Not considering it suffice to be a mere pop-up book it is also a graphic novel. An adaptation of Herman Melville's weighty tome, it dispenses with the cerebral prose, and revels in a more sensory spectacle.

Each double page spread has a centre piece pop-up with additional gadgets at the side. As you turn from one page to the next you can feel the book creak with loaded intent, poised and ready to spring into life. The sheer mechanics are unfathomable: hidden within this book we have ships kitted out in all their rigging, an entire church congregation, a telescope with an actual working viewfinder, and my personal favourite a three-dimensional interactive Captain Ahab banging his head on a map as an expression of his frustration at the elusive search for the White Whale.

It's not suitable for very young children, given its intricate construction, but for those aged 6 and up. But why would you waste such wonderful artistry on children anyway?

It costs £23 and is available in the Bookartbookshop now. 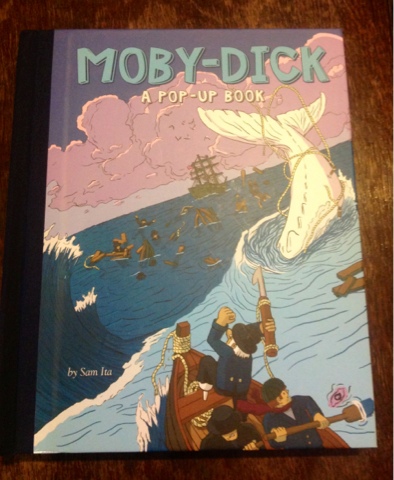 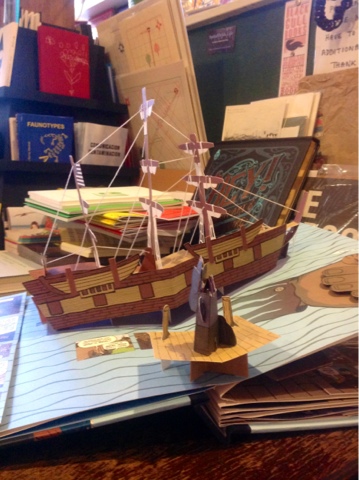