A Conversation with John Bently 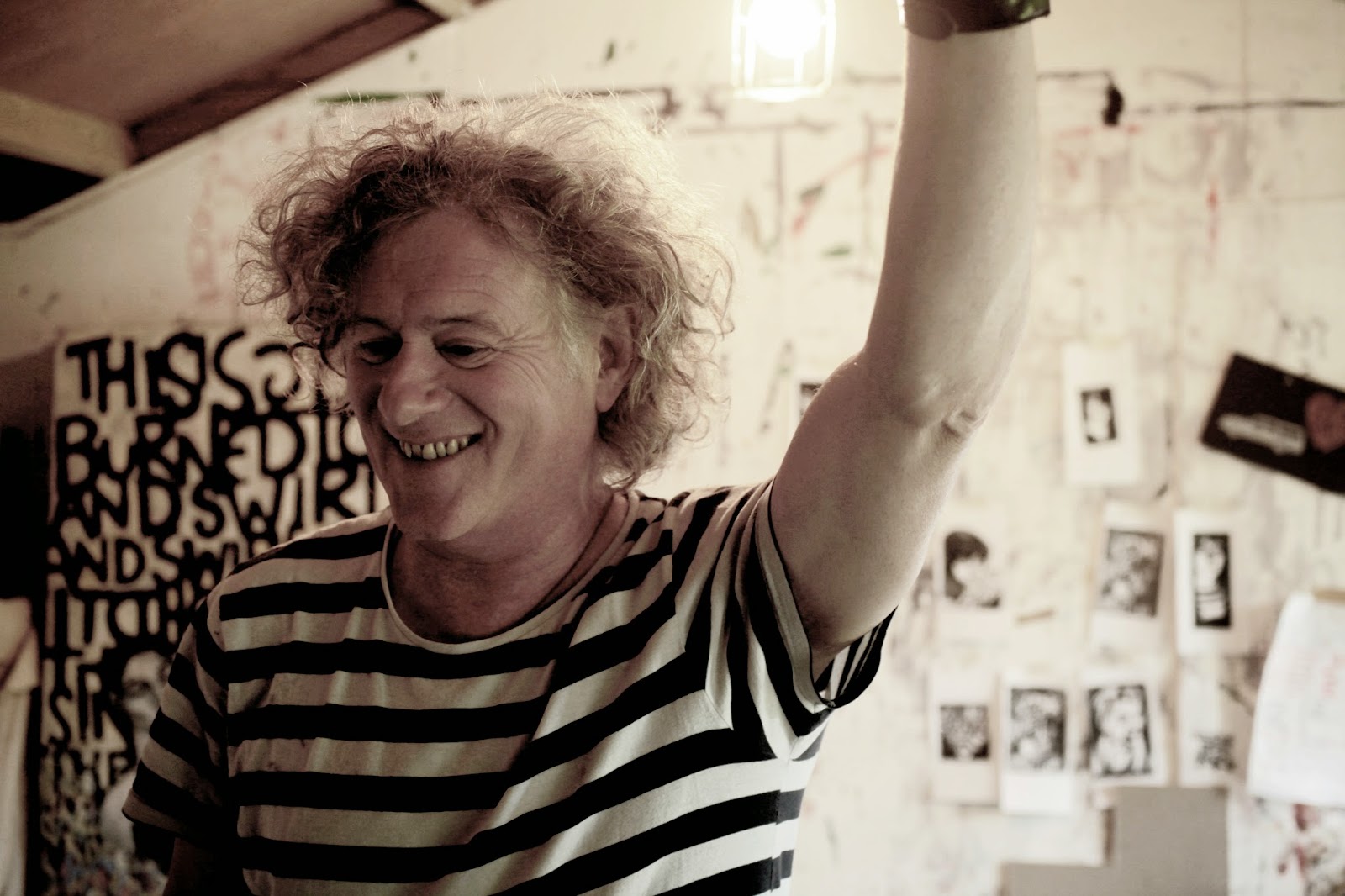 I’ve been making books since I was 11 years old. My first books were hand made  comics and then a poetry and music fanzine at school. Although I’m essentially a painter, I love to make things just for the sake of making things.. I was always attracted to strong visual narratives and when I saw the ruggedly painted scripts that Fellini used to make for his films in the college library I thought that film might be the language for me, so I spent my whole second year making one with Stephen Jaques and James Blundun. I found the process bewildering  and frustratingly long winded but it somehow led me back into making books,  the predecessors of my Liver and Lights series.After I graduated I continued making and performing books until beginning the  Liver & Lights Scriptorium imprint in 1983. This started off as a kind of Manifesto and gradually  became more of a chronicle.  I am now on number 52! 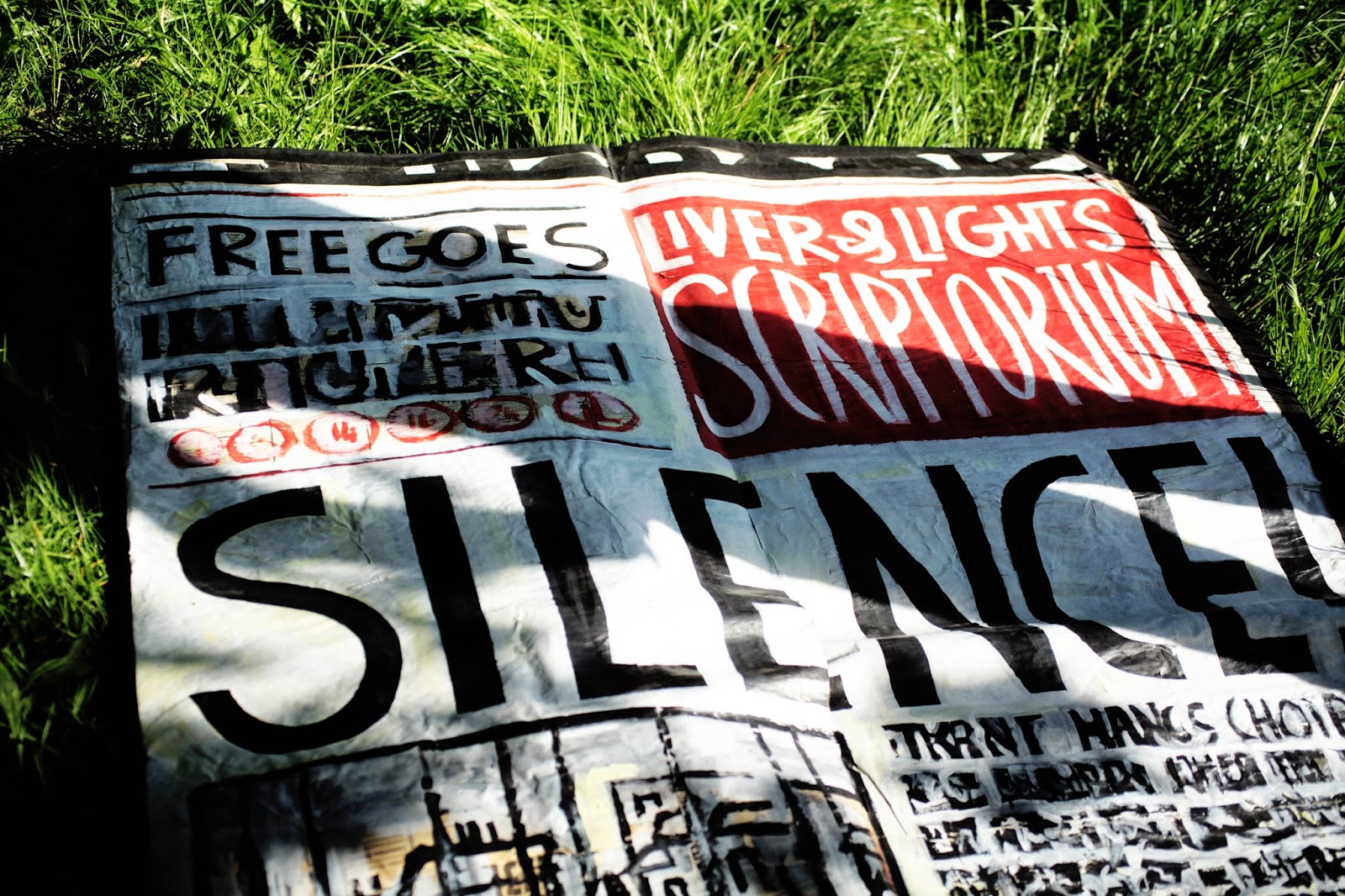 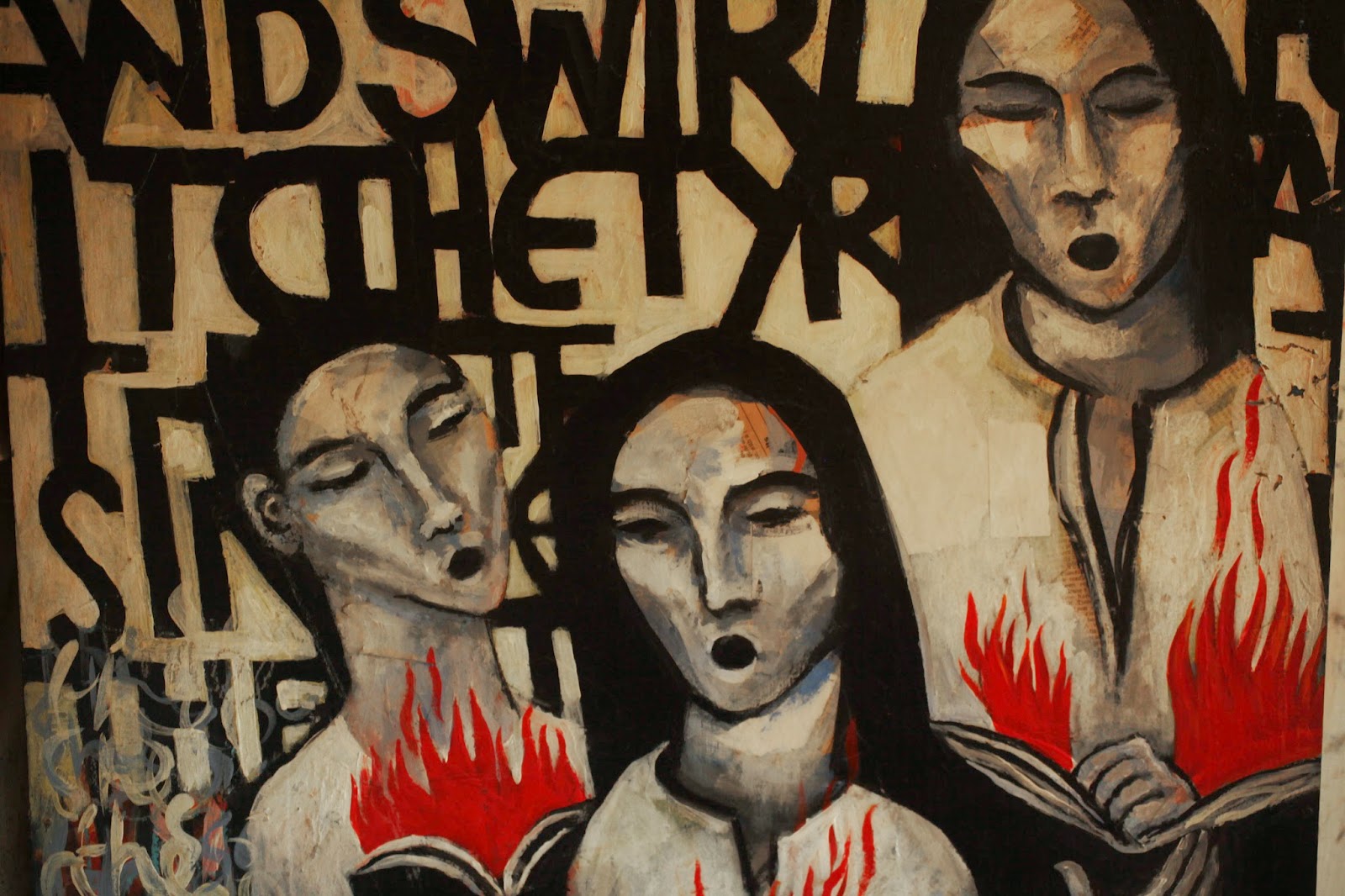 As an art student I was troubled by the thought that art was a commodity that only a few people could buy for a lot of money. What I like about film is that it communicates to everyone who is sitting inside the cinema; the value of film is not that of the actual film in the can, but rather the experience of it, something that almost anyone can share and afford. A painting, on the other hand, is an artefact on a wall that only a very selected few can afford to buy. That is why I perform, make books and keep my books cheap.I think books are made to pass ideas on, before they too disappear, as all matter does. They are powerful vehicles but I am not attached to their material quality. The fact that they are not permanent is a fundamental part of their allure. I believe that they exist purely to carry stories from one place to another.

My writing is entirely to do with observation. Although I would never call myself a poet- I come from a visual arts background- I recognise that I do have a facility with words and a natural ability to explain things. As a teacher one of my roles is to find ways of explaining to students sometimes things that I don’t fully understand myself.
My writing is really about looking at things, mainly looking at ordinary people’s lives, those truly heroic ordinary lives that are far more interesting to me than supposedly extraordinary ones. 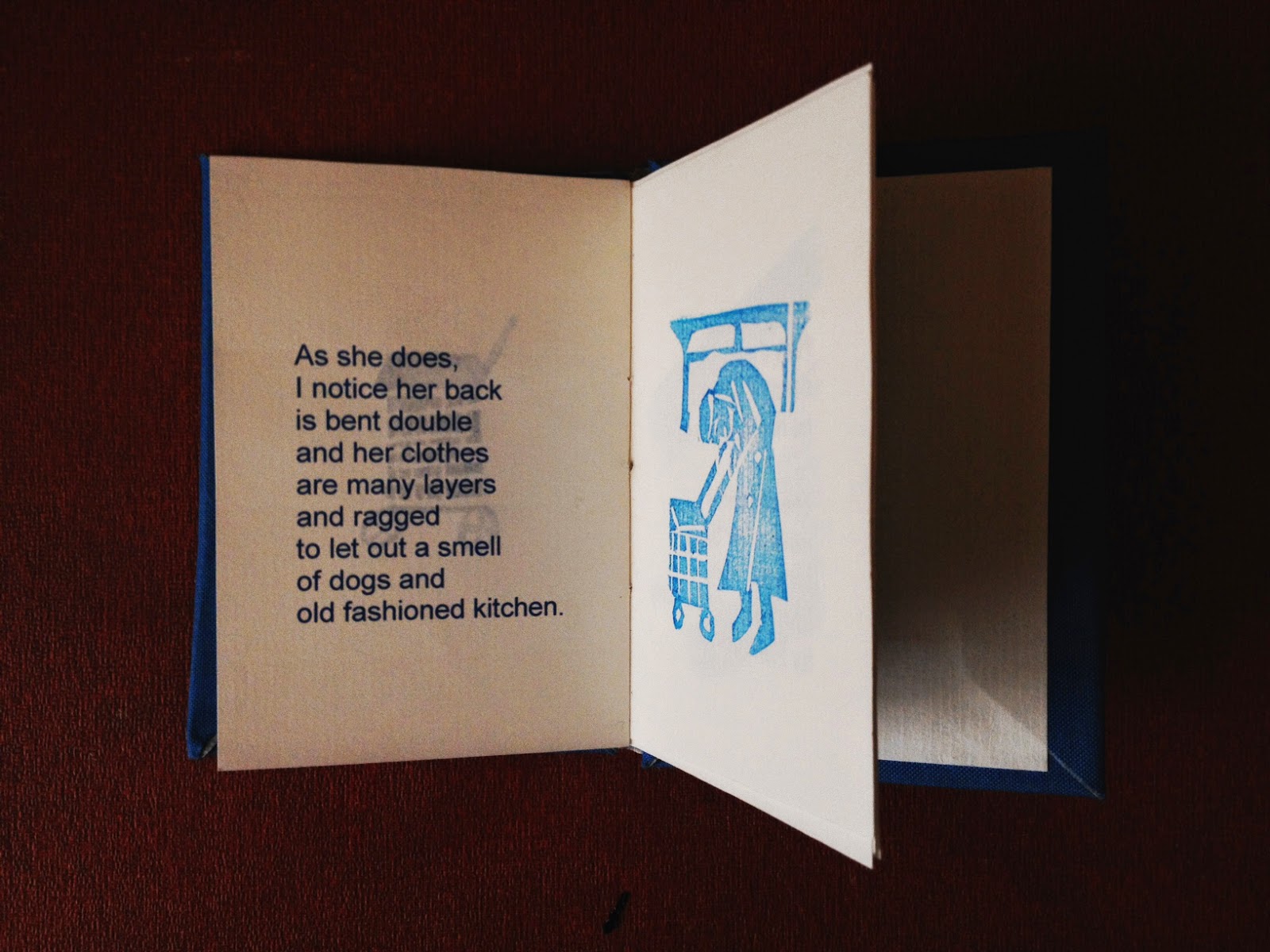 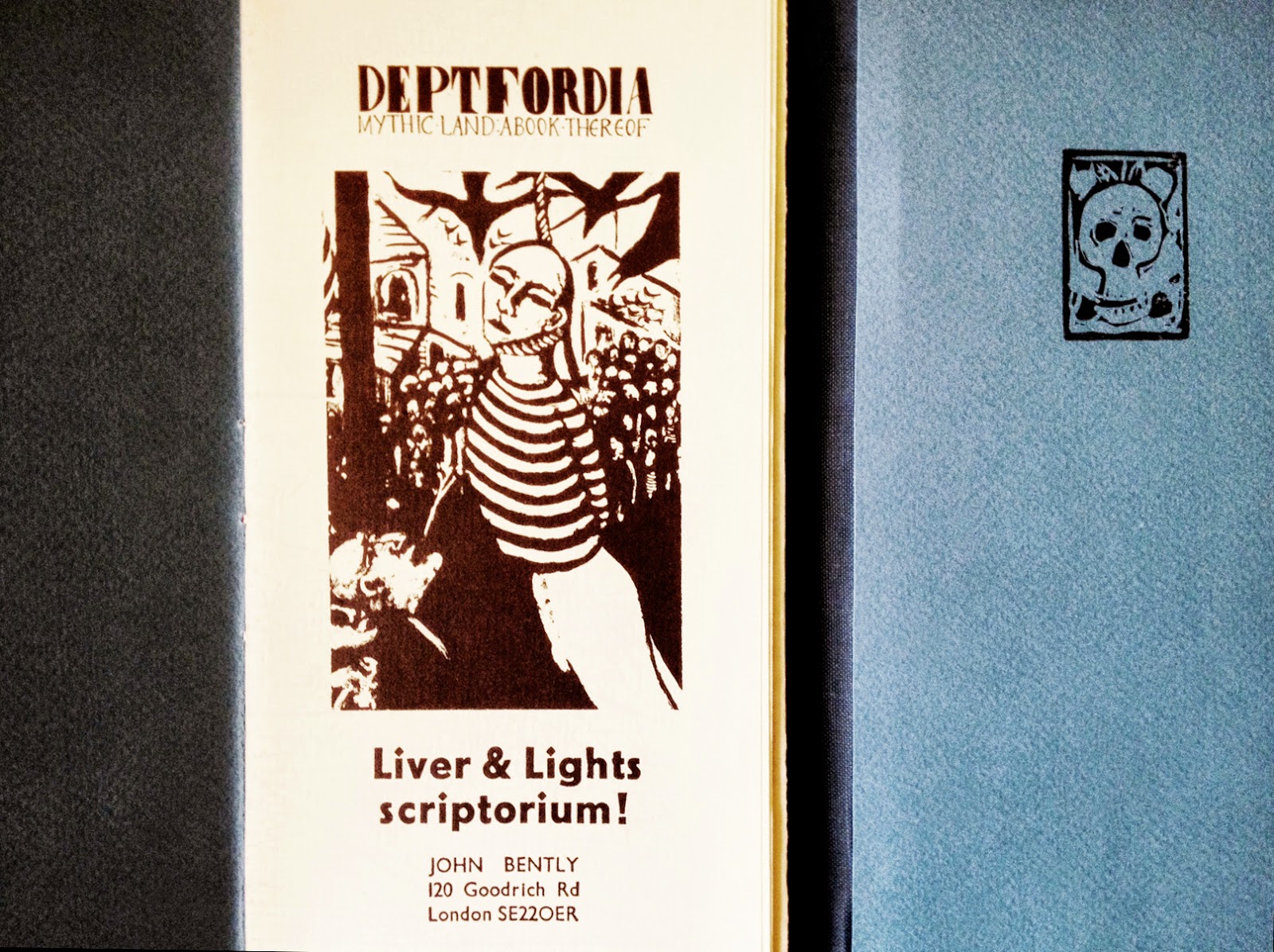 When I made my book “Bromley South”, for example, I was stuck for ideas so I decided to go out, pick anything that happened randomly around me and describe it. So on a mundane train journey from Bromley South to Canterbury one day I started writing down in as much detail as possible all the things that were happening in my carriage, then I took all the material back home and edited it down until I was left with just the story of one old lady.
You can do this with just about any piece of life, strip it right down to a sausage of relevance somewhere in the middle. You can turn your eye anywhere, and extract something meaningful.

But my books don’t always start with writing. Sometimes I draw. I always have lots of ideas sweeping around until one of them will fall, somehow… Sometimes the stories start as songs that I perform and end up as books.
I really like country music, and it occurred to me that the best country songs are never longer than three minutes, and in them the stories are told in two or three simple lines, with very few words. Johnny Cash said that nobody ever writes songs, only borrows them. I believe it’s the same for stories. Stories, like the best country songs, are already out there, they’ve been there for thousands of years, we don’t make them up! All we do is establish the basic plot, embellish with details, and the reader can imagine the rest for themselves. 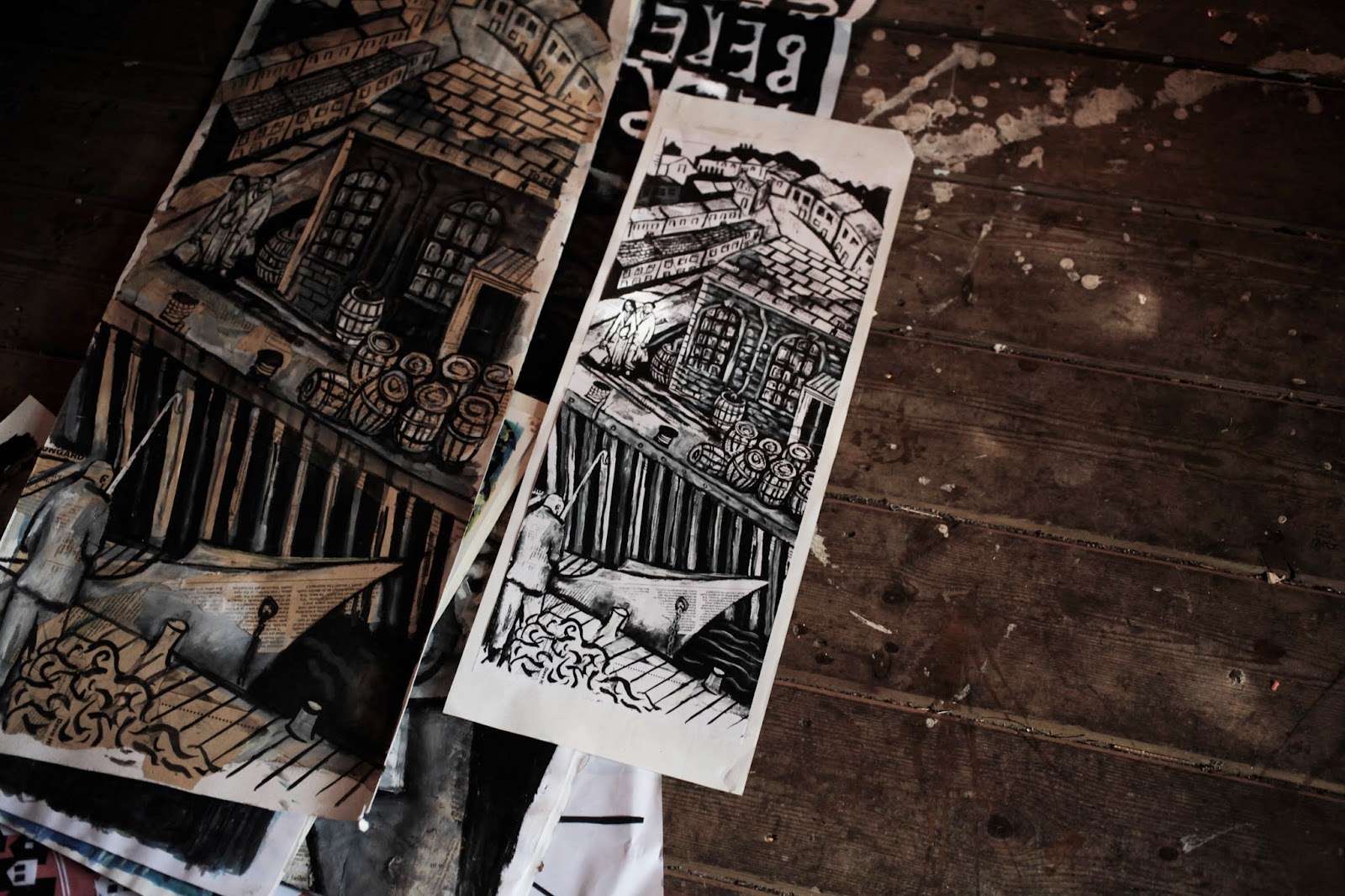 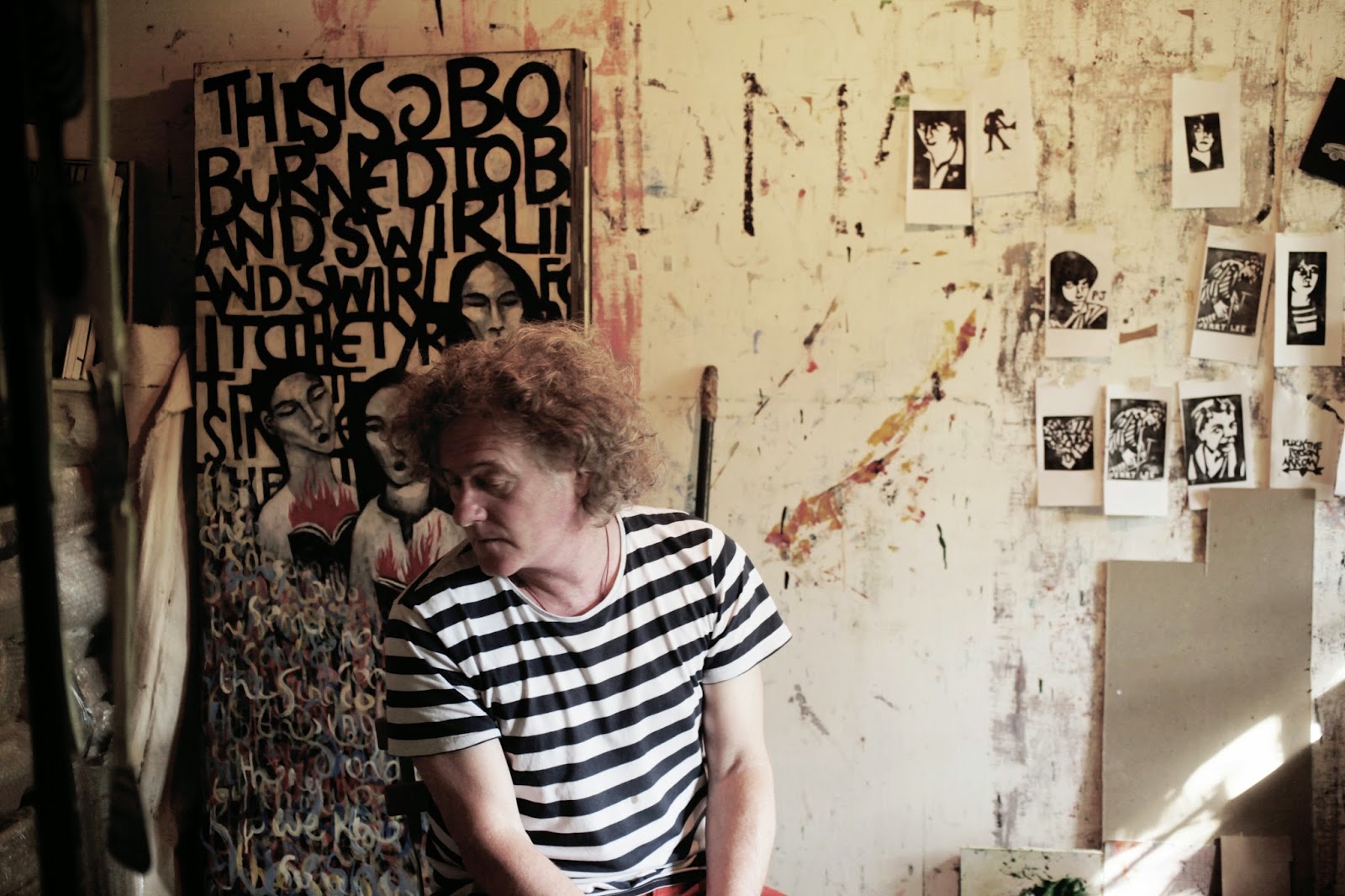 One of the most important things I explain to my students is that you cannot control what other people think, no matter how clever you are. You can influence them, propose an image or an idea that will make them turn their heads in one direction or another, but meanings are not hard and fast, and everyone has the right to interpret things differently. That is a very liberating notion for an artist. If you start out with a fixed aim in mind, unprepared for digressions, disasters and adventures along the way, you wont get far! I think you must improvise constantly, you must never know exactly what you will end up with.

Another important aspect of an  artist’s work is making connections, of bonding communities together. This is what I love about performing: it’s about communing, coming together with your tribe. It is a ritual.
My work is often very connected to London. London is what I look at, what interests me. The great thing about London are the ghosts that inhabit it, despite the cultural erasure and constant transformation. There is a wall in Deptford, down by the river that has been there for over 500 years, and that keeps accumulating layers, while the city keeps renewing itself constantly, like every great metropolis must do to remain vital. The old rubbing up against the new. 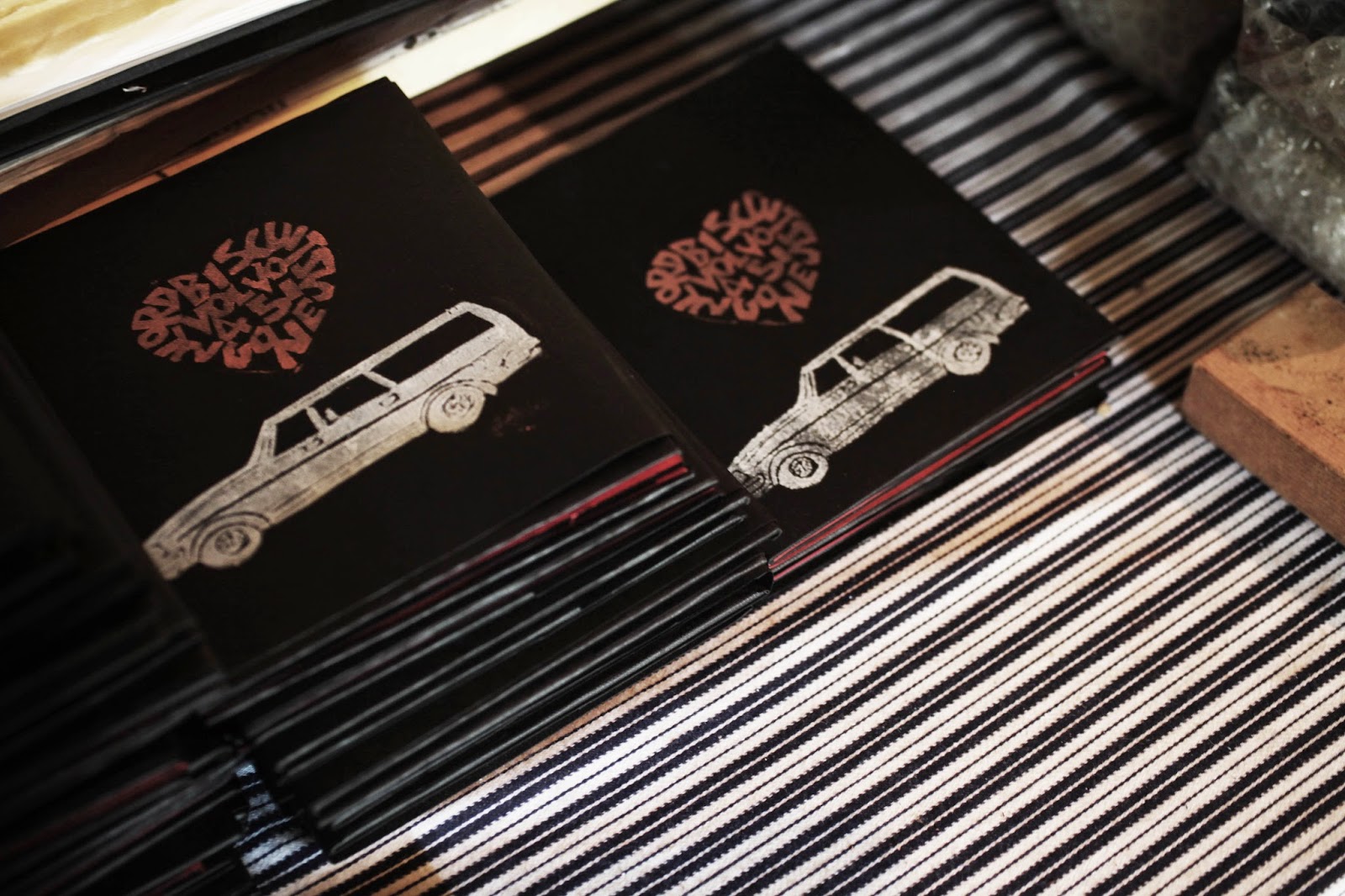 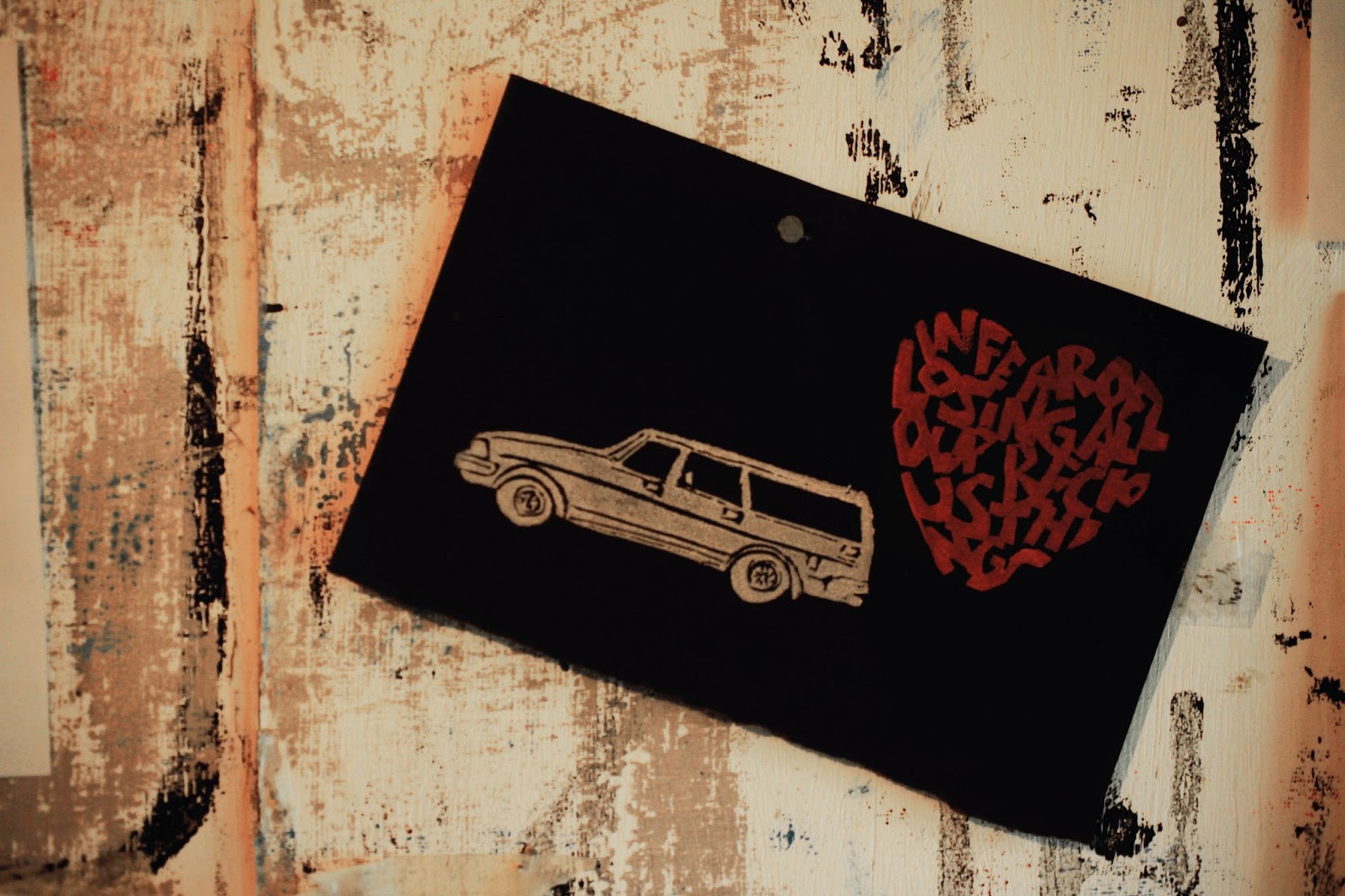 My latest book, Lord Biscuit’s Volvo 245 is Gone!  I think is the best book I’ve ever made!
I don’t always say that- sometimes I get so fed up with the process of making a book that when I finish it I say “Oh Dear! Have I spent all this time making that??”
Each page is cut out of a single piece of foam by hand, then set onto wood and printed as a rubber stamp. The book started as a poem about Lord Biscuit- the drummer in my band, Bones and the Aft- and of the time when his pride and joy, a 70s Volvo 245 which he had entirely and painstakingly restored, was stolen. Rather than give in to these circumstances, he tracked it down to a scrap-yard and reclaimed it and rebuilt it piece by piece.
The book is about that adventure, a mythic story about not giving up: The city is full of thieves and bullies - people that want to take away things that you love. This book is about standing up to those people in a very primal way and reclaiming the things that you love!

Email ThisBlogThis!Share to TwitterShare to FacebookShare to Pinterest
Labels: A Conversation with John Bently